Defying the laws of marketing: chronicles of a not-so typical clothing brand

We are done. We have reached all our goals, but it certainly wasn't easy.
This is our story.

That’s all we had to ‘invest’ in our first few caps in the spring of 2016. Everything else that was left to do, we had to do ourselves. So we started to look into building solid websites, setting up logistic infrastructures, accounting, and photography crash courses. And all was accomplished in a tiny living room in Amsterdam. Yes, even the initial shoot. 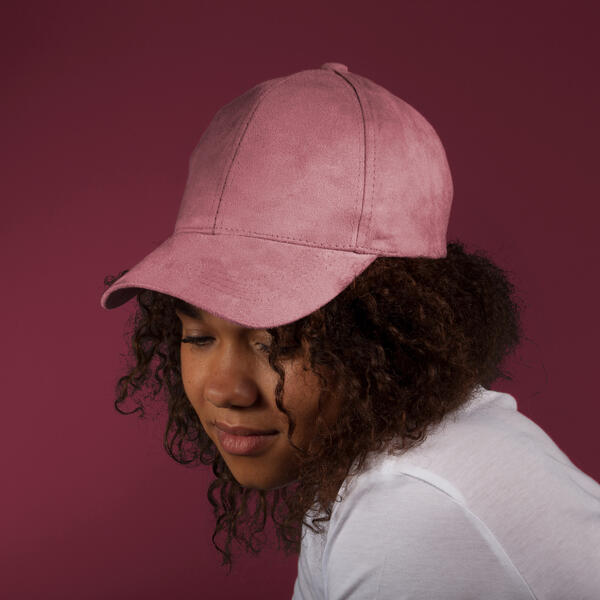 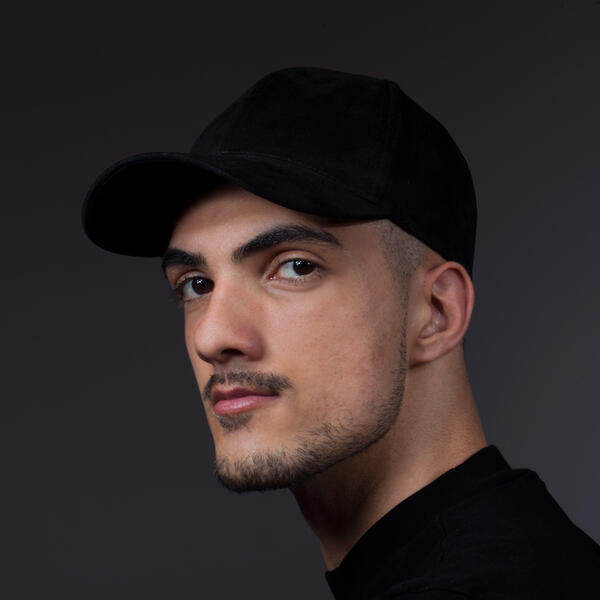 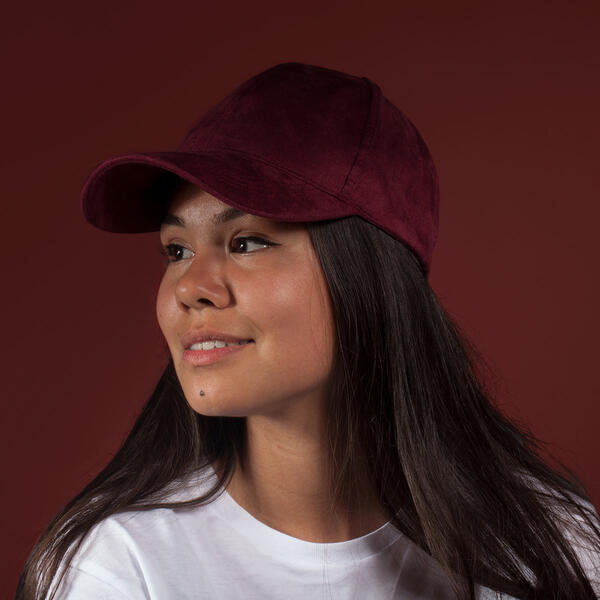 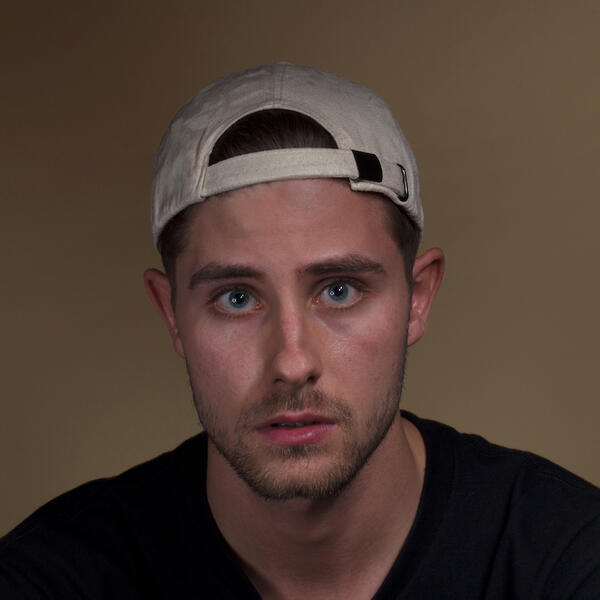 A few months later, in August, we launched aeuoeu. It raised many eyebrows. Why would you adopt a name that is unpronounceable, has no meaning, and, to top it all of, remove all visible branding from your caps? 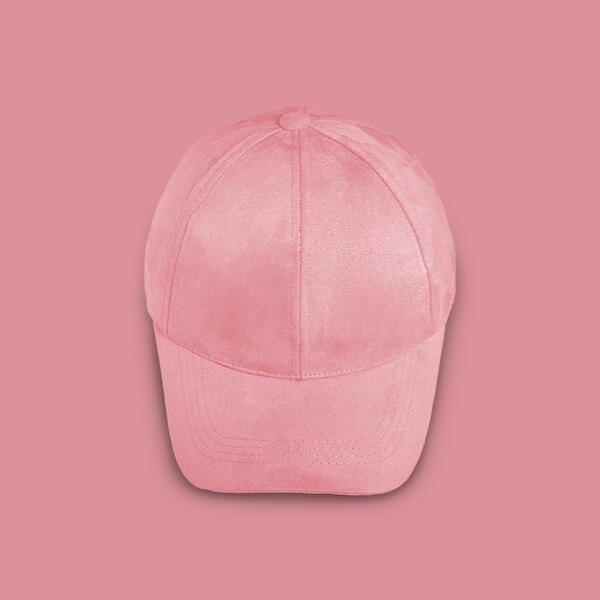 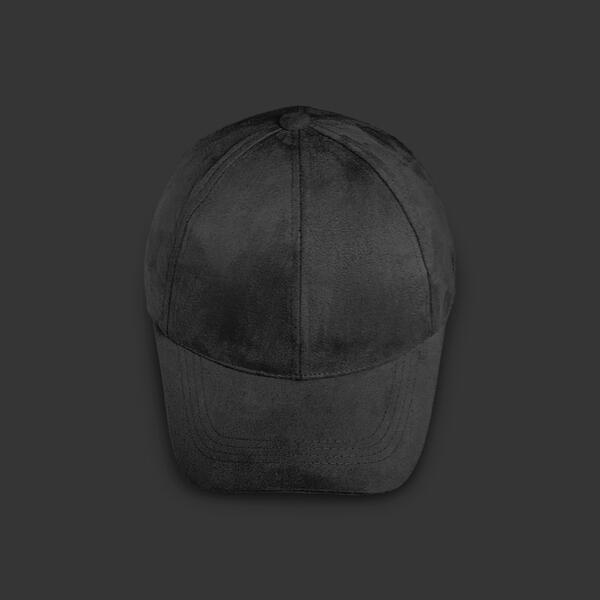 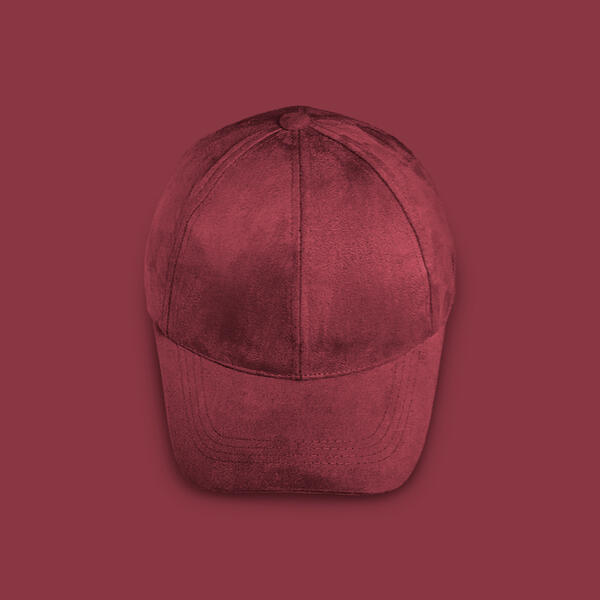 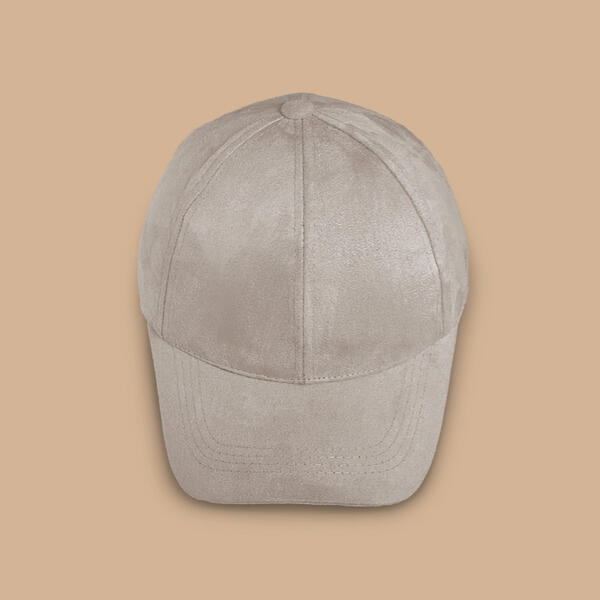 To symbolize what we stood for

Today, manufacturers tend to brand their products with an appealing logo or name to imply its high quality. We preferred to let the quality speak for itself. We valued quality over hype logos. With a name that meant absolutely nothing.

But we didn't expect this to happen...

We expected friends to buy our caps, but we didn't anticipate purchases from all over Europe. From the Netherlands to France, and from Greece to Iceland - our customers showed that names and logos indeed didn't matter to them. Quality did. 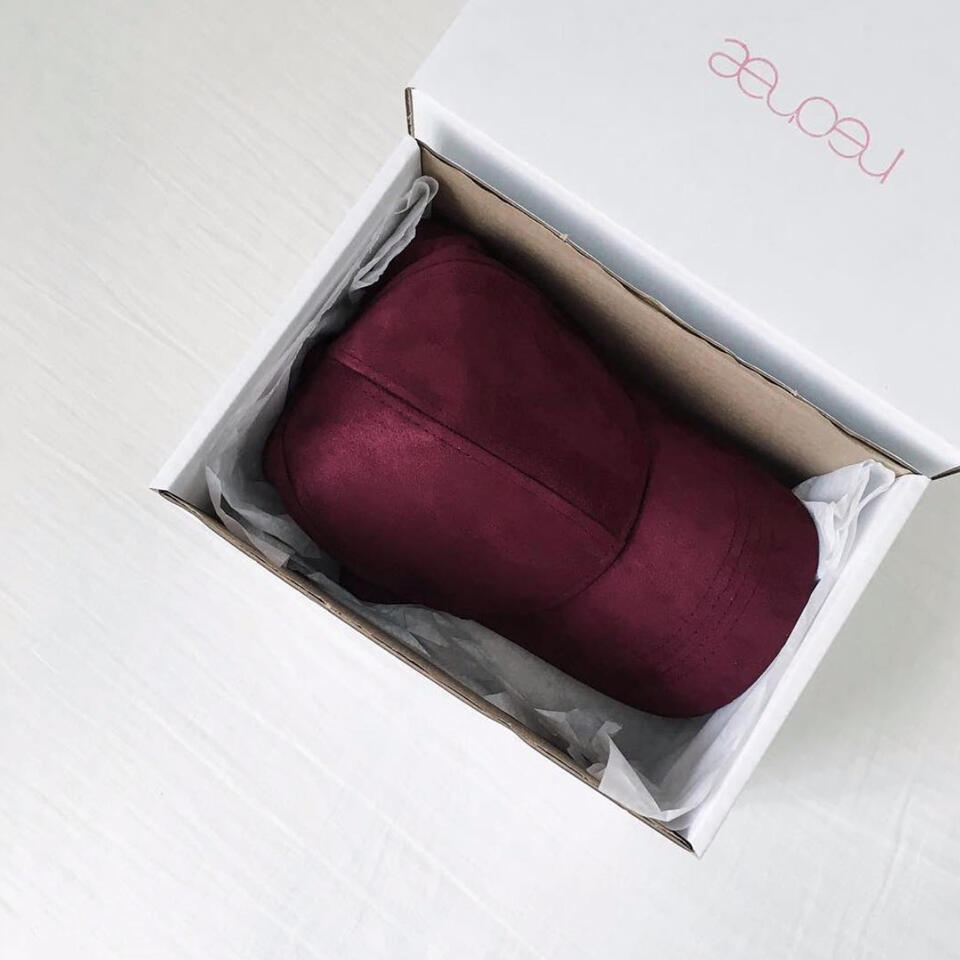 "Quality, but without visible logos. Finally."

Apart from our loyal first-row customers, various fans took showing their love a tiny bit too far when they decided to replicate our website, social media photography, and philosophy. Let’s just take it as a compliment.

But boy, were we naive from time to time..

'Every true genius is bound to be naive', they say. So a few months after our launch, we got scammed by Indonesians to prove our brilliance! #simplemaths

On the media radar

Soon after launching our collection, both national and international media outlets such as Vice, BALLINNN, and Wad Mag started to write about this brand that, against all odds, turned out to be a success in spite of ignoring all branding conventions. How nice.

"This clothing brand from Amsterdam is successfully defying the laws of marketing." 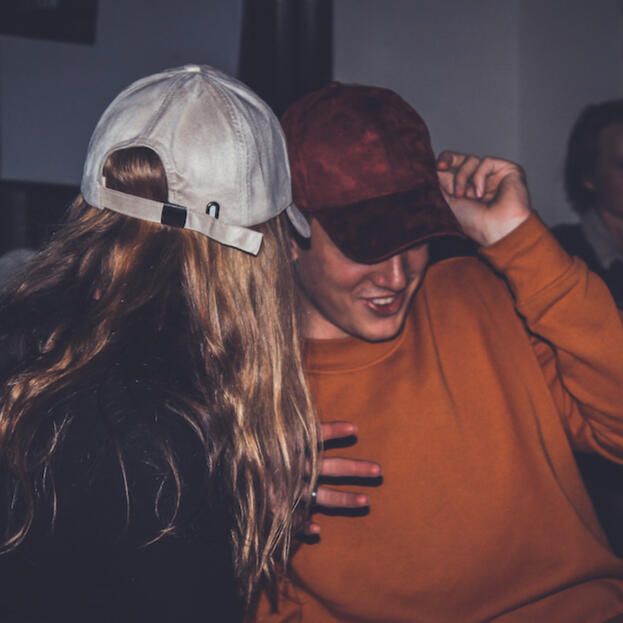 While we kept doing
a-typical stuff..

Such as organizing a FIFA tournament in an Amsterdam nightclub. What does this have to do with our narrative? Erm. Nothing.

Typically successful stuff, that is. From this point on, we started to sell in-store as well in a variety of well-respected shops! 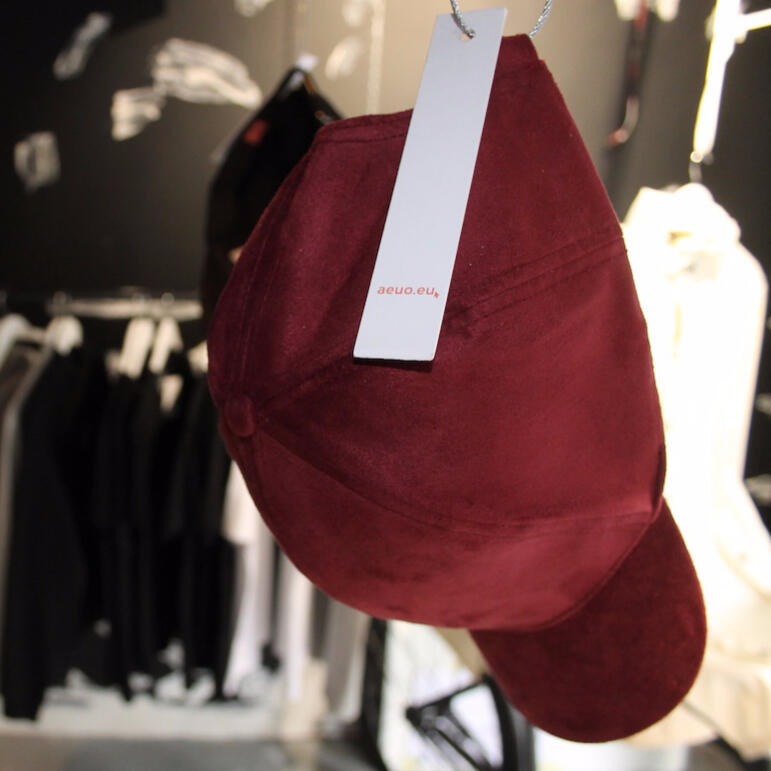 We started to take the millennial buzzword more seriously: 'influencers'. We roamed the bowels of Instagram and found some true gems. The pleasure was mutual, luckily. 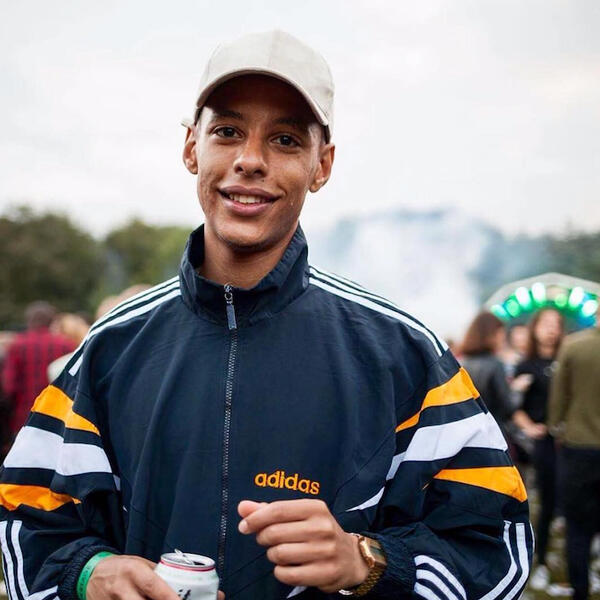 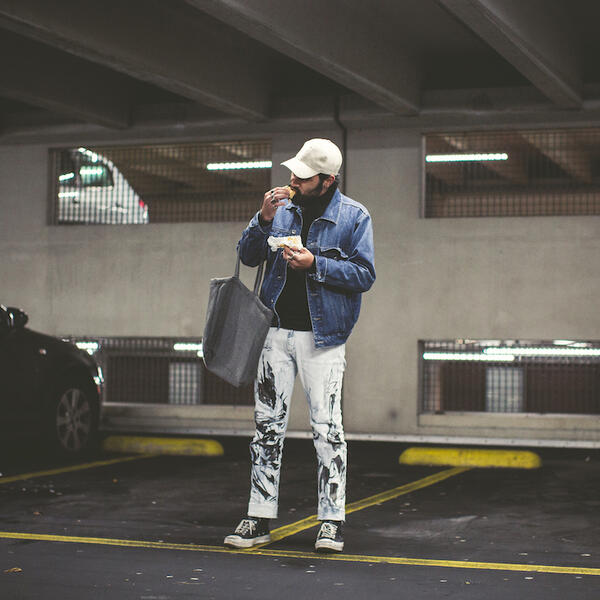 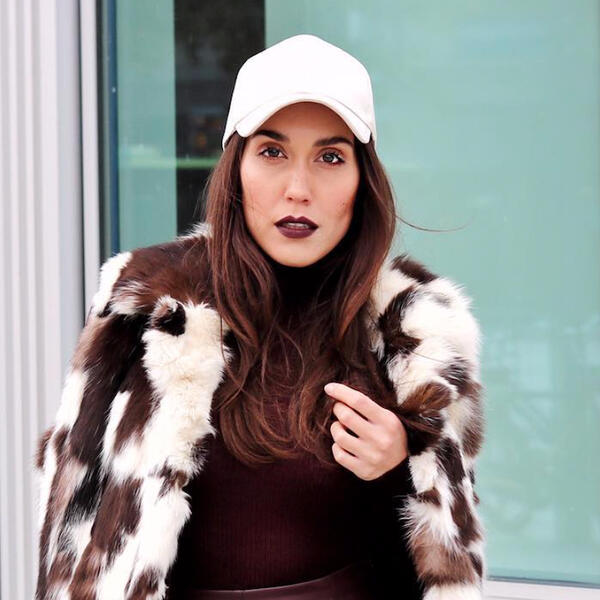 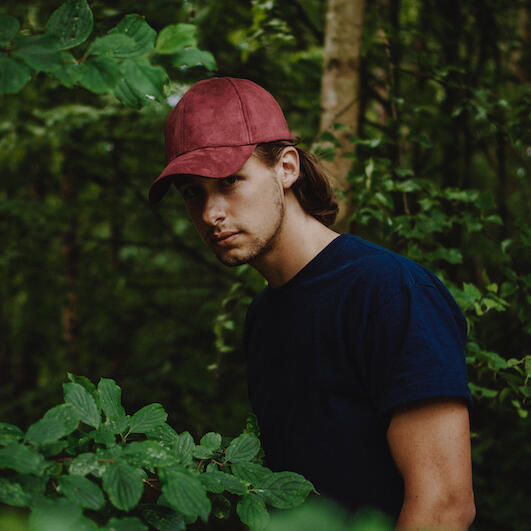 Next up: suede T-shirts!

In anticipation of dropping our new T-shirt collection a year after our initial launch, we decided to shoot at this wonderful studio called 'Atelier van Lieshout'. Kanye wasn't wrong. This place in Rotterdam is indeed perfect. 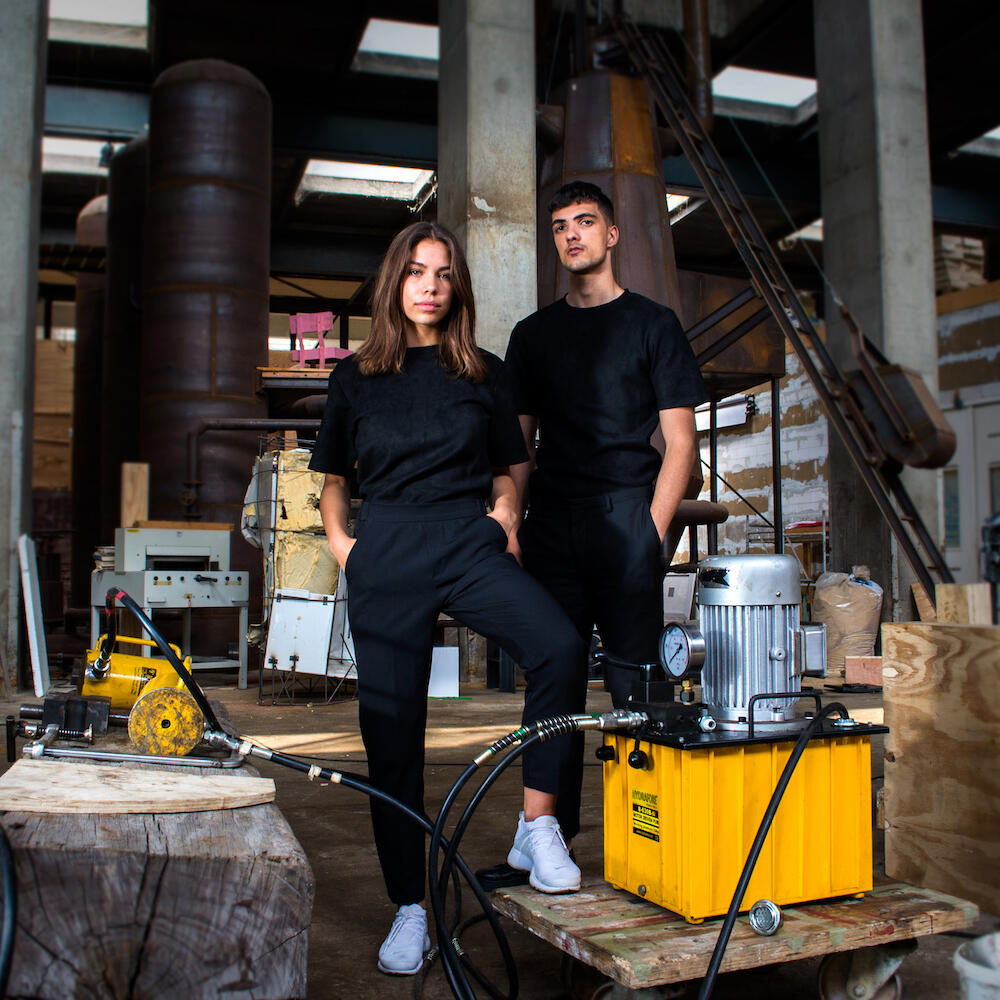 We designed quite literally one's everyday favourite, as it suited both summer nights and fall afternoons. Made with the highest quality of 360 grams ultrasuede. True to our philosophy, visible logos, prints or other details weren't allowed to spoil this beauty. 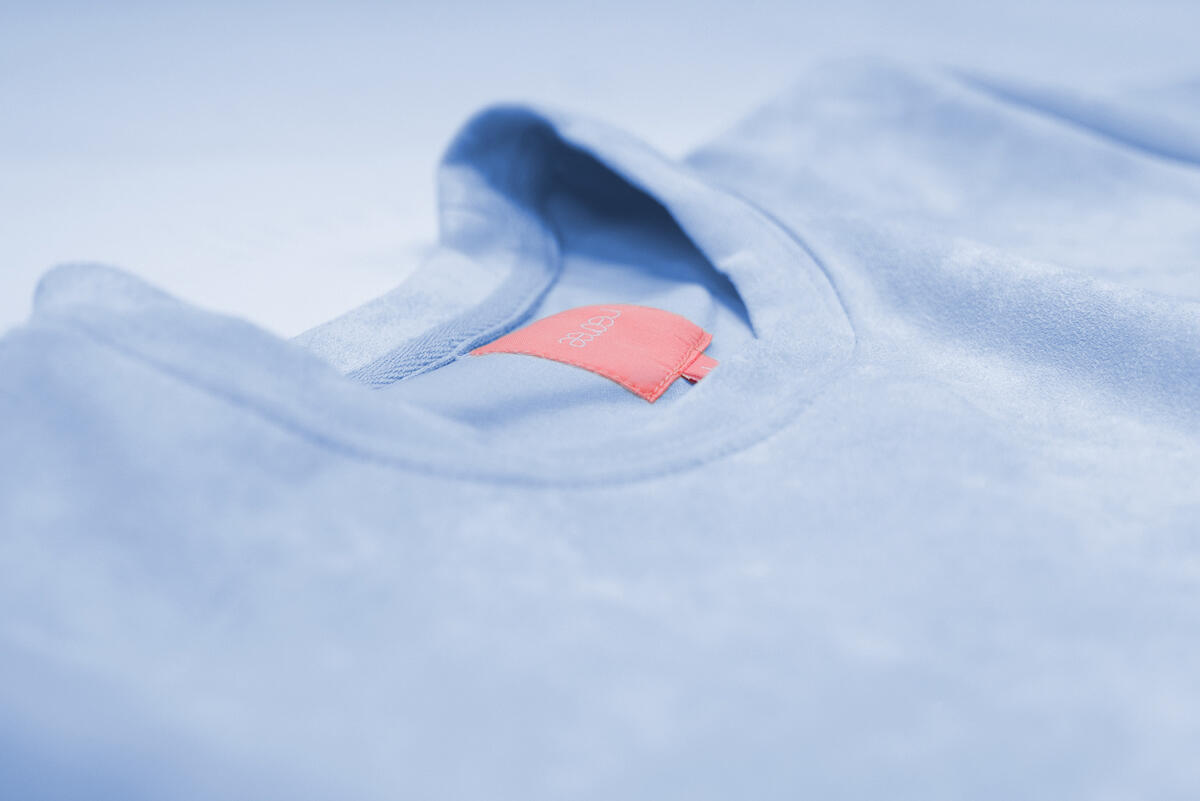 The 'all seasons' T-shirt was hand-designed in three colours, available for both men and women. All it took to create this piece of beauty was a couple of months out of our life. Easy peasy lemon squeezy.

Everybody said we were crazy, but we wanted to do as much as possible ourselves. So we hand-crafted the perfect box to go along with the perfect T-shirt. And although the boxes turned out to be pretty neat in the end, we would absolutely agree with these critics. Let's just say it was rather time-consuming.

That were sent all around the globe

Partially so because we decided to also implement campaigns with international influencers. We definitely were not disappointed. 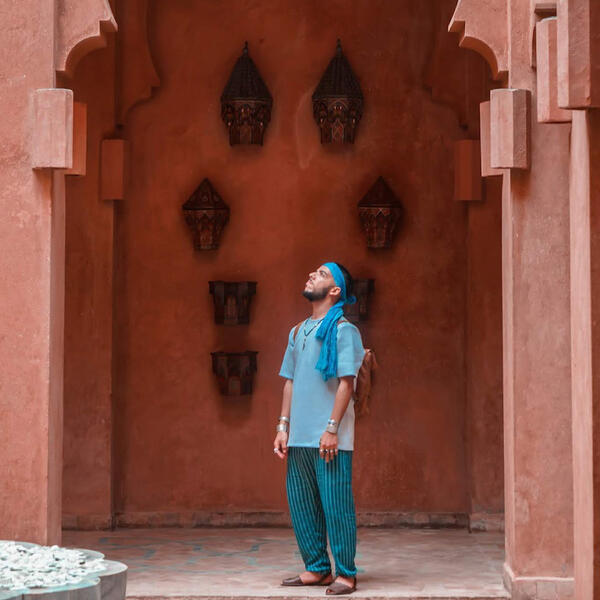 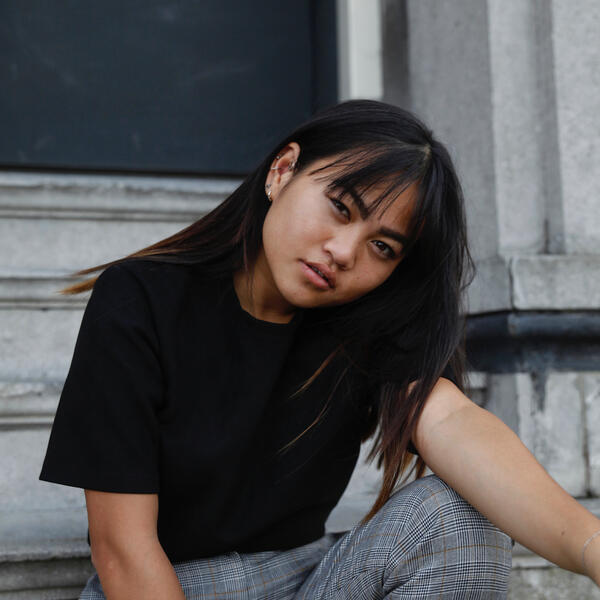 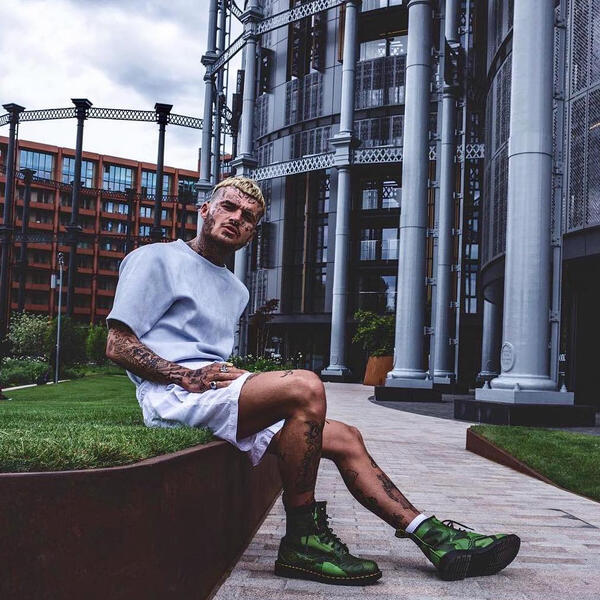 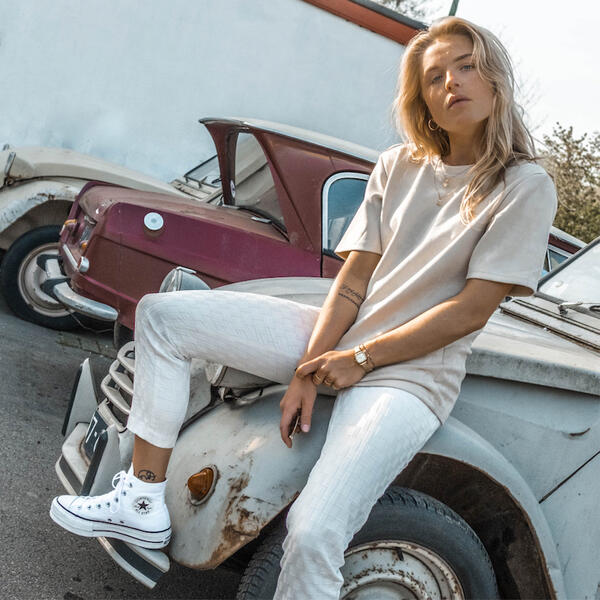 -Jubran, Syrian refugee that was part of 'Don't let others decide', 2017

Sure, we wanted do well financially. But while pursuing profit, we never overlooked doing good too. Among the initiatives we've launched to do so was 'Don't let others decide', which has been extensively supported by the Dutch Council for Refugees.

aeuoeu began life as a condemnation of today’s fashion industry, which often seems to value a hype logo far more than quality. Literally labeled garments nowadays imply belonging to a specific subgroup. Showing off Supreme signals a different identity than Lacoste does, while wearing BALR is compartmentalized differently than Hilfiger. This labeling of society through clothing has been a true thorn in the flesh. There are people, however, that pursue this battle in a far more significant arena: the arena of life.

The leads in this video, Jubran, Sahar, Mohamad, Firas, Kidane, and Mary remain some of the most special people we have met. An inspiration to many, and certainly to us.

An inspiring meet-up in The Hague's Humanity House concluded the 'Don't let others decide' project. The true final was the legendary afterparty, though.

Is it time for a shout-out yet?

We could've placed this shout-out anywhere in this chronology, though. Our loyal fans gave a new dimension to 'supportive', from start to finish. Our heartfelt thanks. 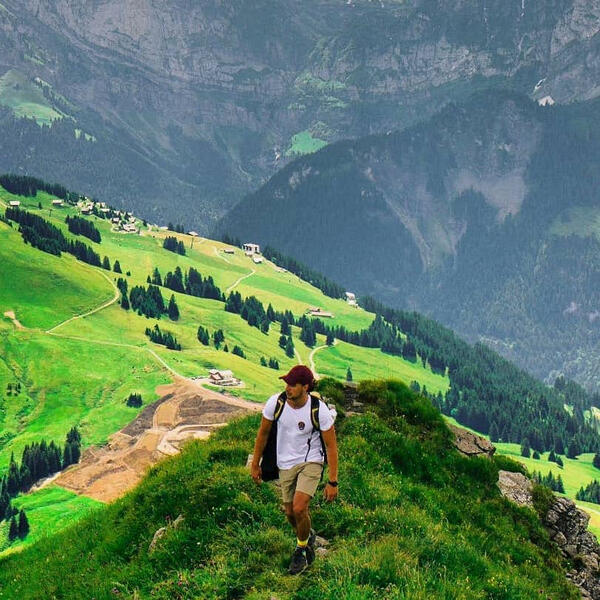 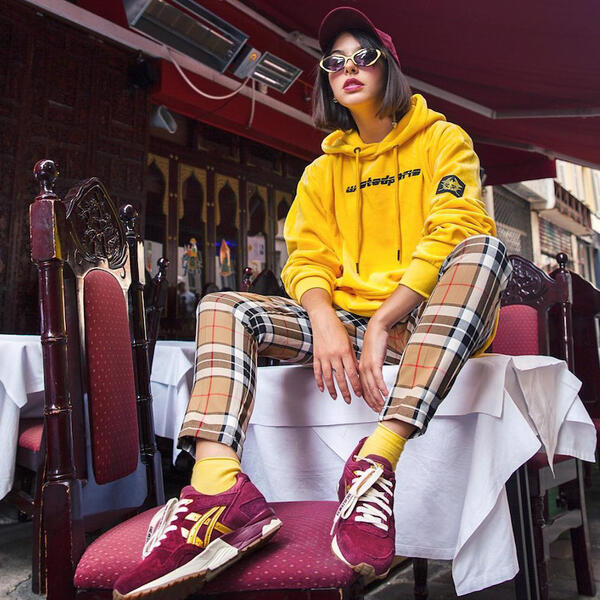 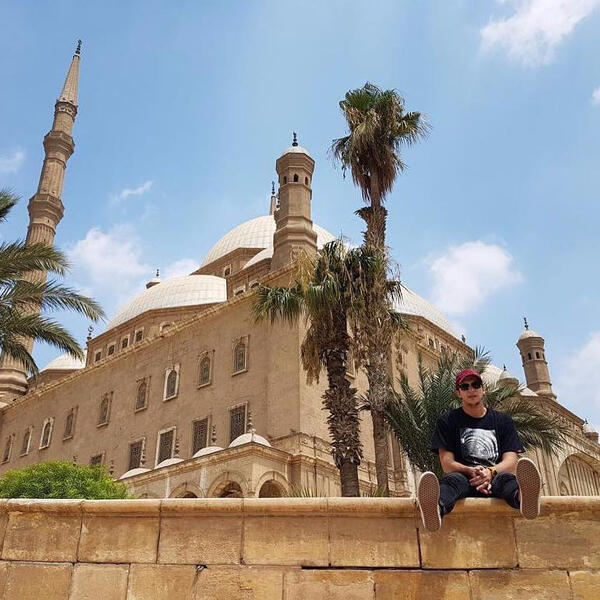 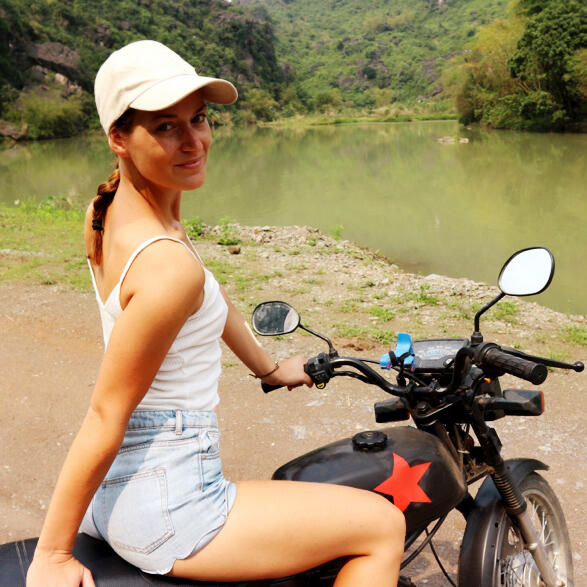 The way was paved

Our new collection of T-shirts, and the success of 'Don't let others decide' paved the way to even more in-store presence. But along with revenues, the intensity of head aches rose steadily too. 'Deal with retailers', they said. 'It's fun', they said. Spoiler: it wasn't.

Even to the Modefabriek!

The Curated Store by HTNK is a platform at Modefabriek, spotlighting the next generation of cutting-edge brands at the beginning of 2018. Love you too.

But did everything that we touched turn into gold?

No. Not even close. We had designed the most beautiful suede shorts, for example, but we couldn't agree with our suppliers on the production terms. A crying shame. Note: outsource wherever you can, aspiring entrepreneurs. Please do.

Over the past two years, we excelled in what could’ve been considered common. We manufactured plain T-shirts and caps that, at first sight, did not stand out from any other unbranded garments. Being this common turned out to be our key to commercial success. People fell in love with our products that preached ease, quality, and simplicity, as opposed to typical other brands’ products that were too flashy and expensive. One could say that we had successfully became uncommonly common. 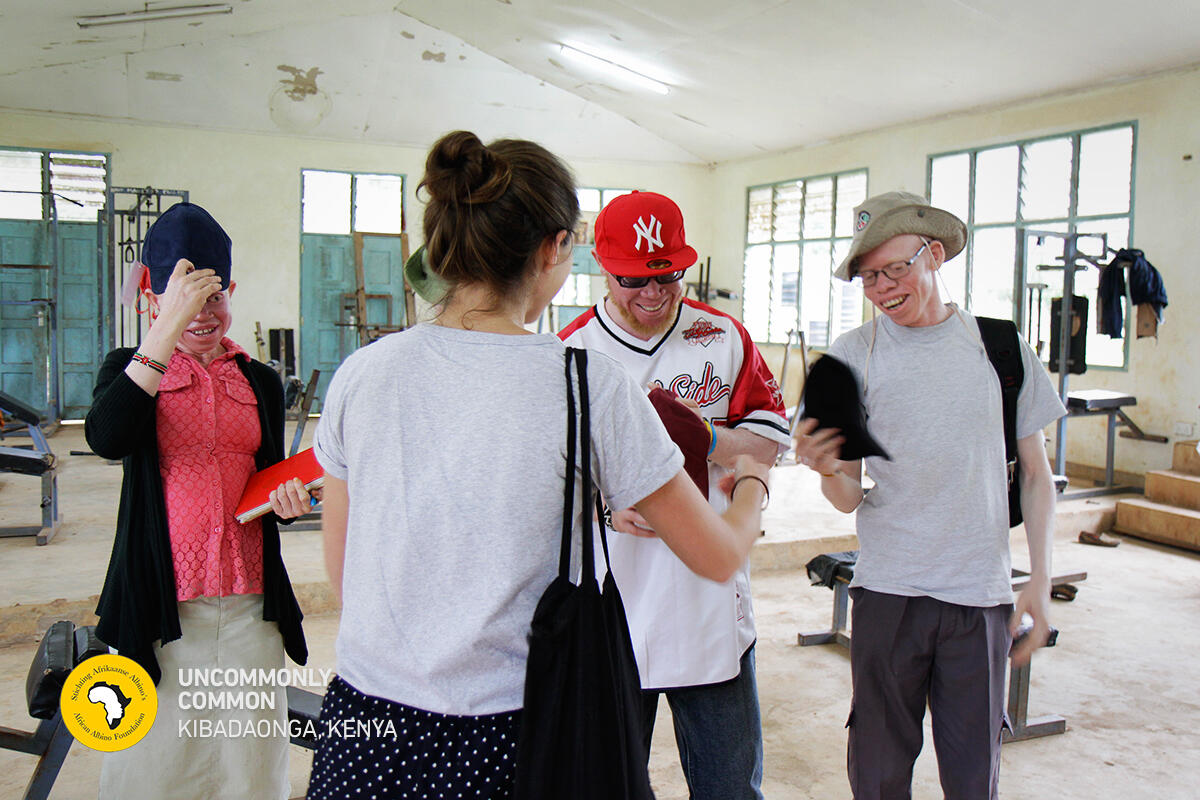 Being 'uncommonly common', though, does not necessarily equal prosperity. Ask African people with albinism, that are, apart from their white skin colour, not any different from their fellow citizens. In parts of eastern and southern Africa, these people live in fear of witch doctors who use body parts as ingredients and potions. As a result, people with albinism are being persecuted, killed, and dismembered. That is not to say their lives haven't been hard anyway, as they have to protect themselves from the mighty African sun too. 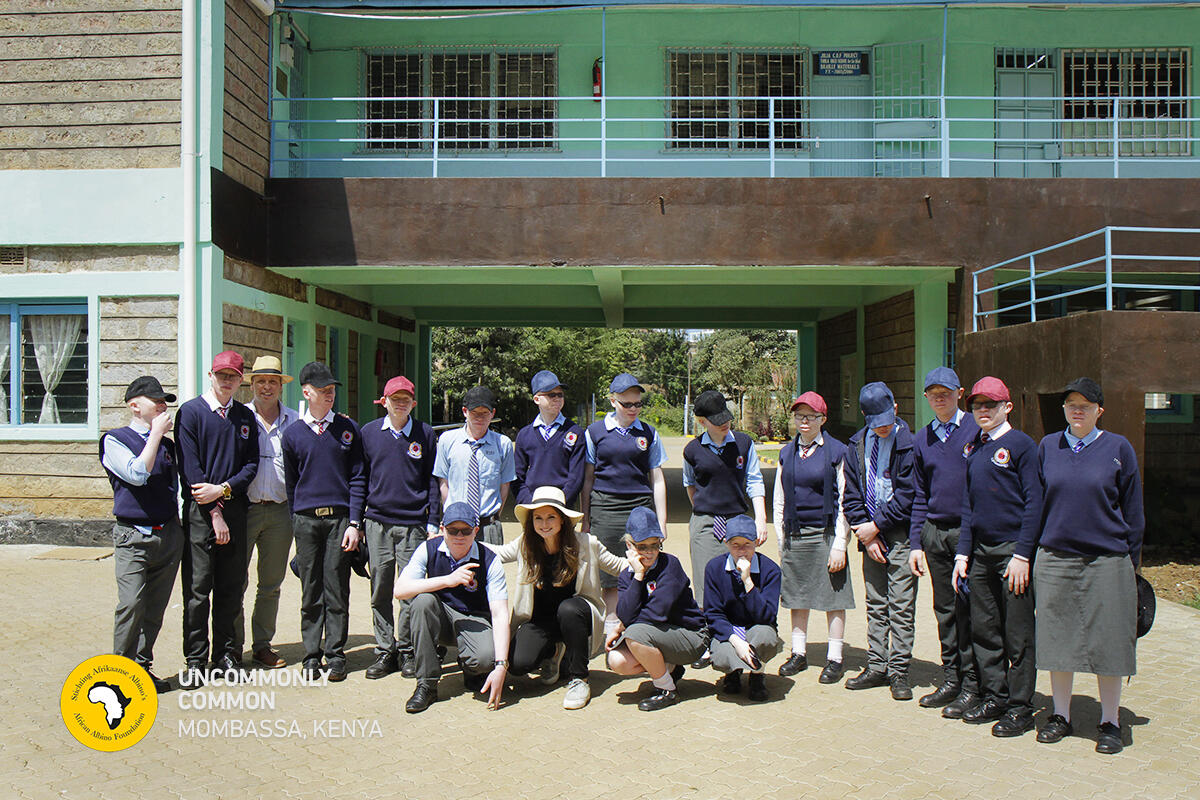 Luckily, these people with albinism don't stand alone in fighting their fate. Organizations like the African Albinism Foundation try to help them in every possible way. Therefore, we teamed up with them to distribute our caps throughout Kenya. Even though this may only be a small contribution in solving their problems, we tried to show that even the smallest of gestures can mean the world to others in need.

that our story inspires you to also do whatever it is that you envision. How crazy this vision may seem. Or how inconceivable your plans may be. We sold an unpronounceable brand, without visible logos, to people from all over the world. From a marketing perspective, that sounds pretty impossible. We have even managed to help people from all over the world. We gave refugees a voice and face, for instance. People with albinism in Africa now wear our caps. Simply because we genuinely believed in what we were doing. No matter how many people said we were crazy. And look, we don't want to be your next cheesy inspirational quotes website. We're not. We just hope to have sparked the slightest bit of motivation to turn that idea of yours into reality too.

or, as our mothers have named us..